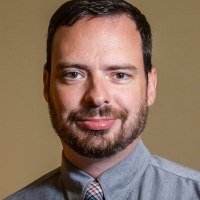 Welcome to CRWPitman Graphic Design & Fine Arts. Over the past 20 years, Craig Pitman has been a noteworthy leader in field of vector graphic arts. You may recognize his work from his automotive vector art on DeviantArt, his T-shirts on Blipshift, or from his long tenure as graphic designer at Eastlink Advertising. Born in the fishing community of Yarmouth and the grandson of a lighthouse keeper, he currently resides in Halifax, Nova Scotia, Canada.

During his 15 year tenure at Eastlink Advertising as a graphic designer, he worked in television, print and web advertising, becoming the go-to designer to tackle difficult animation projects. He was also solely in charge of rebranding Eastlink Advertising’s products and print materials, and worked directly with the CEO for several internal projects.

Since the closure of Eastlink Advertising, Craig has been working part time in the graphics field, working for several regular clients. After having his artwork featured on DeviantArt.com numerous times, his automotive vector artwork gained a large and humbling online fanbase. That exposure allowed him to share his experience with others in the field, as well as influence other aspiring artists who credit him as their inspiration. Several of his clients, including Revell models – a company he has long admired – contacted him directly to design box artwork after seeing his work online.

A graduate of the College of Geographic Sciences and McKenzie College, he received formal training in the fields of cartography and animation. His cartography training in particular helped discipline an eye for graphic design with a focus on detail, accuracy, legibility and typography, while his animation training introduced him to video and sound editing – skills which were refined while working at Eastlink Advertising while making advertising for televison.

If his love of cars wasn’t obvious already, his obsession has also grown to include automotive journalism. Although not formally trained, a blog he maintained garnered attention from the websites The Truth About Cars and Autos of Interest, and he published articles for both.